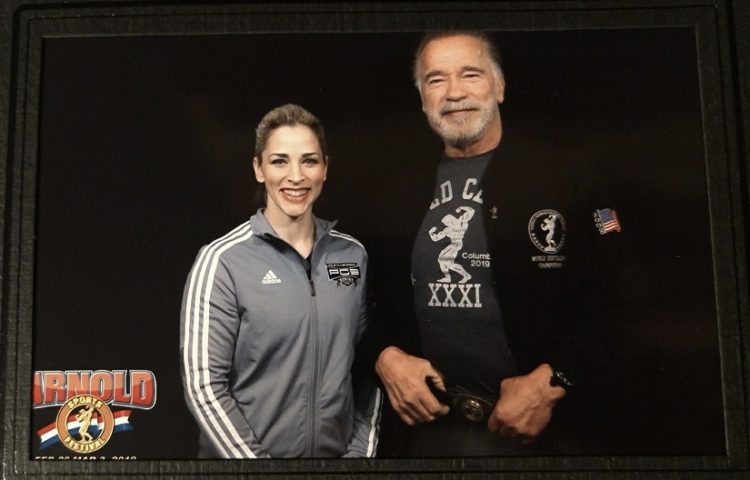 We were fortunate enough to have three(!!!) of our 2018 champions – Novice Division Champion Cassidy Kite, Men’s Division Champion, Melvin Sanchez, and Professional Division Paige Anderson, compete at this elite championship against other champions and athletes from around the world.

To our greatest pleasure, all three of our champions came home with GOLD in their respectable divisions!! Cassidy Kite also won the Arnold Sports Festival Talent Show this year!! And yes, all of our athletes had lunch with Arnold as part of their prize!!

We are proud to say that the Florida Pole Fitness Championship has continued to produce many champions across the world, year after year!

Next year, this could be YOU!