Talia Jade Marino, born and raised in Miami, has been in the entertainment industry for 19 years now. She has a bachelor of Art in Dance Education with a minor of sociology graduating from Florida International University. Her versatility as a pole artist, aerialist, and dancer has led her to starring roles in production shows for Cirque du Soleil, Franco Dragone Entertainment Group, Motley Crue, Rita Ora, Zombie Burlesque, Monika, One Drop by Cirque du Soleil, and Royal Caribbean International. You may have also seen her on So You Think You Can Dance, Dancing With the Stars, Iheart Radio, along with television shows, commercials, and movies.
She has competed Nationally and Internationally in the Pole Community in which she has placed and even won such as NAPA, MPDA, and Pole Classic and she is currently the PPC 2017 Women’s Professional Champion for Pole Sport Organization. She is an athlete for X-Pole. She is also certified in the Barre Method. She is currently living back in Vegas, getting certified in Pilates, designing her athletic clothing line “Talia Jade”, and continuing her love for Pole- training, coaching, and choreographing in our Pole community. www.taliajademarino.com

In the ever-changing world of Pole and Aerial Arts, Suwasit is considered the person that professionals go to for proven results. Since 1997, Suwasit has successfully maintained a performance and compeBBon career as well as an in-demand coaching and choreography business.

This endearing ArBst performs and presents in a class enBrely of his own, with a style that is both sensual and dynamic. This POLE LEGEND is indeed part of Sin City’s remarkable landscape and history, a true Las Vegas icon as the Strip’s first male pole dancer, as well as the reader’s choice ‘Vegas Sexiest BuQ 2012’ for QVegas Magazine.

As an ArBst, he has performed in the mulB-million dollar producBon ‘SPLASH’ (Riviera Hotel and Casino), and was the Featured ArBst in ‘AZURE’ (Silverton Hotel and Casino). Suwasit’s awards range from PARAGON InternaBonal Pole Dance champion, seven Bme U.S. medalist, and winner of Pole Video of the Year.

Every year, Suwasit’s sold-out workshops, private instrucBons, and studio classes total in excess of 1,000 hours of hands on training culminaBng to approximately 10,000 hours to date.

Elena began her training at the circus school in Siberia, Russia, at the age of eight. Her passion for the circus arts grew as she honed her skills in aerial disciplines, hand balancing and manipulation. Her artistic journey commenced by performing at many art festivals throughout Russia, where she got numerous awards for her unique style.

In 2000, Elena began touring professionally with The Russian Moscow Circus throughout Europe, where she continued mastering her skills on aerial lyra and silks. For eleven years, Elena had the privilege to be a part of Cirque du Soleil’s “La Nouba” in Orlando, Florida as an aerialist in the aerial ballet silks act and the main character “Green Bird”. In addition, Elena has appeared on several ABC Network shows representing Cirque Du Soleil which include Dancing with the Stars, Good Morning America and Extreme Weight Loss; as well as in a variety of magazine publication’s such as Oprah, Orlando Style, Tampa Bay and Disney. She continues to add to her performing repertoire showcasing in galas and special events with numerous companies including Disney, Reebok, Symphonie Circus, Cirque Dreams, Super American Circus, Star Studded Production and many others, including local festivals.

Currently, Elena teaches aerial lyra in Orlando, where she enjoys passing the knowledge and experience that she gained over the years of her performing career. Elena has been in the entertainment industry for over 18 years, where most of her performing life was spent in the air. Till this day, she strongly believes that aerial art is a form and lifestyle, where you can discipline your mind and body, expressing your true potential. She has a passion for collaboration of aerial arts and dance as well as a search for unique performing styles, which she is continuing to explore! Studying under Rebecca Starr and AntiGravity, Nicole began as a grounded dancer before discovering aerial arts. She has been training aerial for seven years and teaches at Anti-Gravity and Foxy Fitness in Orlando. Nicole was the 2017 Florida Pole Fitness Championship Professional Lyra Division Champion.

Paige is honored to return to the FPFC stage. She started her pole journey in late 2012 and made her first appearance on stage in 2013 at the Florida Pole and Aerial Showcase. Since then, she has competed in FPFC nearly every year, starting at the amateur level and growing through the levels until she became FPFC Pro Champion in 2018. After that, she competed in the Superbowl of Pole, the Pole Championship Series at the Arnold Fitness Classic and returns as the 2019 PCS Champion. Paige loves developing routines with strong narrative flow and character evolution, and gets inspiration from her deepest pop culture loves, from sci-fi novels and television shows to classic literature.

Paige is also a writer and is currently polishing her fifth novel. She is a dental hygienist, but mostly only to fund her pole addiction. She has a four-year-old son and an amazingly supportive husband who very rarely complains about the countless hours as a single dad while she is in competition training. Her two rescue dogs help keep the household as chaotic as possible and love to ruin her flexibility training by sitting on her.

Melvin Sanchez is a native of Honduras. He has a background in gymnastics and dance and was a member of the Honduran national team for over 10 years. He has been coaching and choreographing competitive gymnastics for over 25 years and has danced and performed with companies in the Washington D.C. and Richmond, Virginia areas. He discovered pole over 4 years ago and fell in love with its athleticism and artistry. He has embraced it as a competitive discipline. He is the 2016 PSO National Champion. The 2017 USPSF National champion. The 2018 POSA world champion in Doubles category and the current PCS Arnold Open Champion and 2018 Florida Pole Fitness Men’s Division Champion. We are thrilled to welcome back Torwa Joe, also known as, “FiyaStarta” to emcee the 2019 FPFC! Torwa Joe is the proud owner of Vertical Joes in ATL, an XPert Master Trainer, and has toured and performed with multiple platinum selling recording artists. She has emceed many pole events including the Pole Championship Series at the Arnold Sports festival! 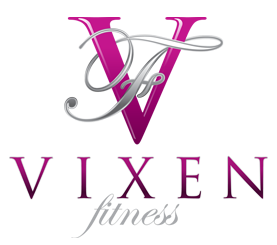